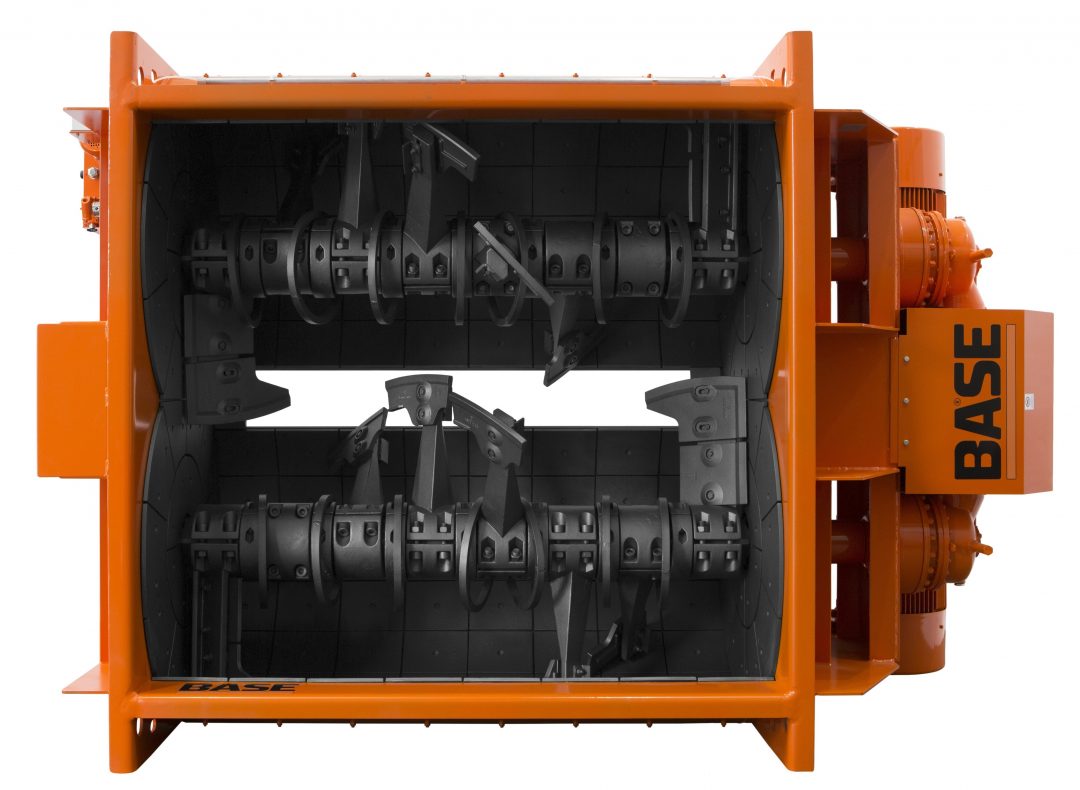 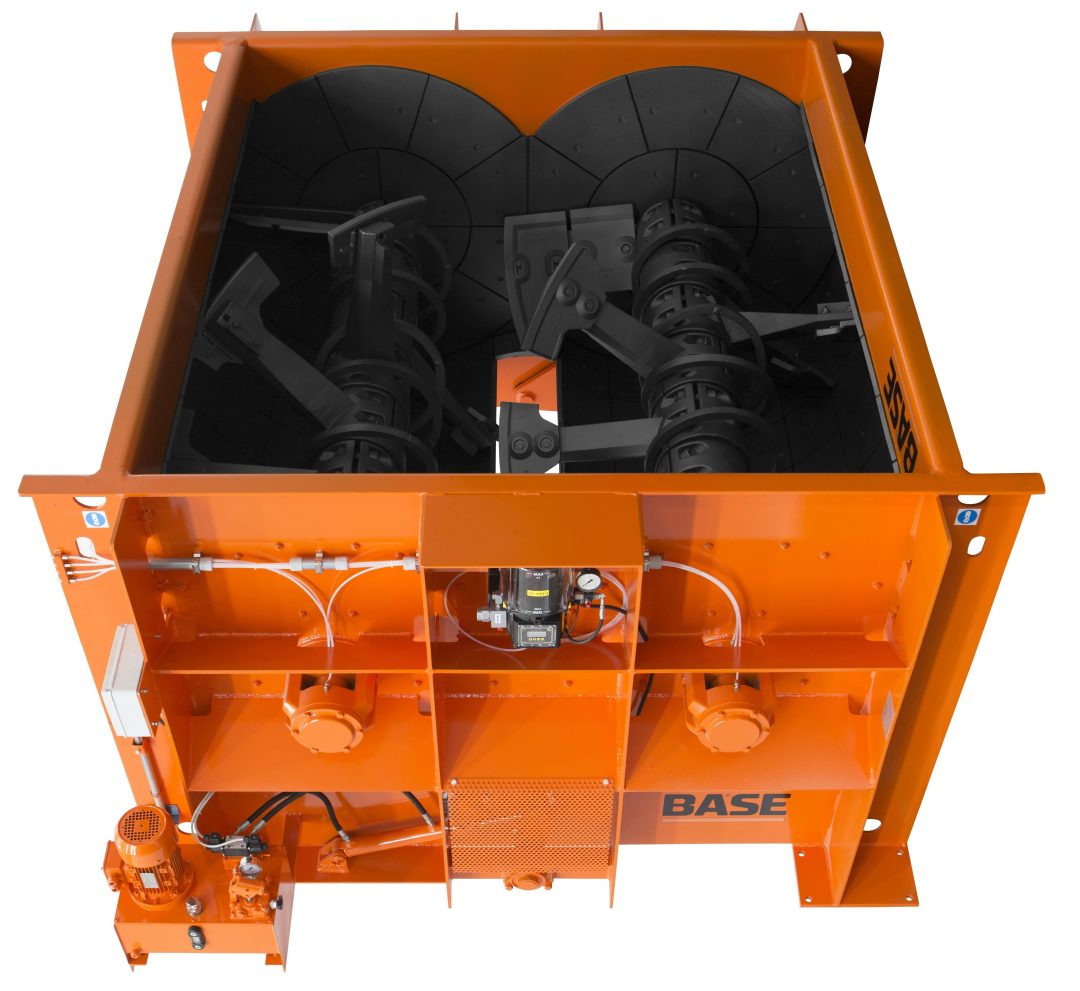 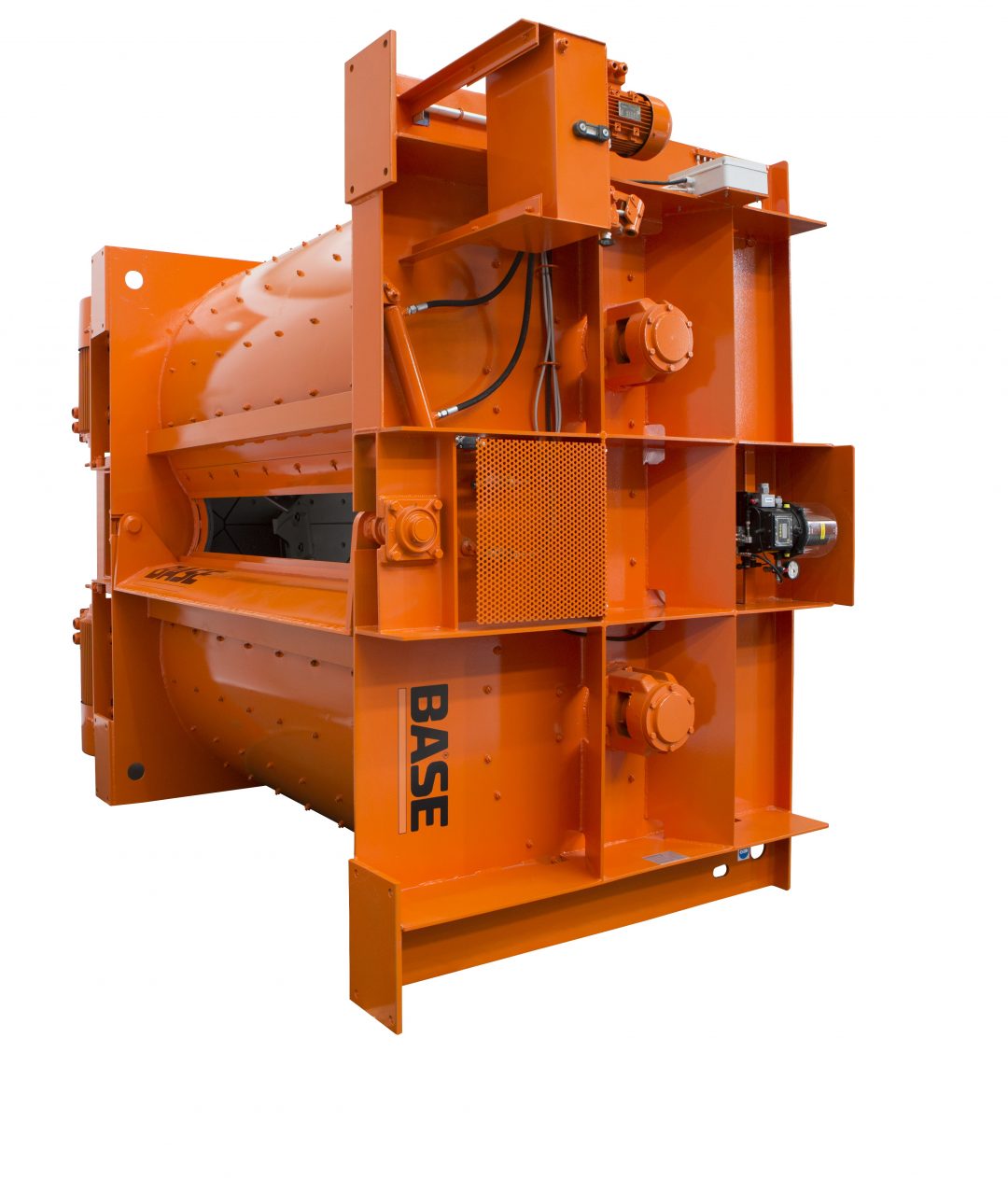 BASE® Twin shaft mixers (MB series) is realized with an external structure in standard steel internally covered with replaceable parts made of anti-wear cast iron. The mixing of the product takes place by using 2 parallel axes equipped with arms and bolted blades made of Ni-Hard cast iron. The movement of the mixing parts is ensured by one or more electric motors combined with reducers and torque dividers acting on the two shafts. 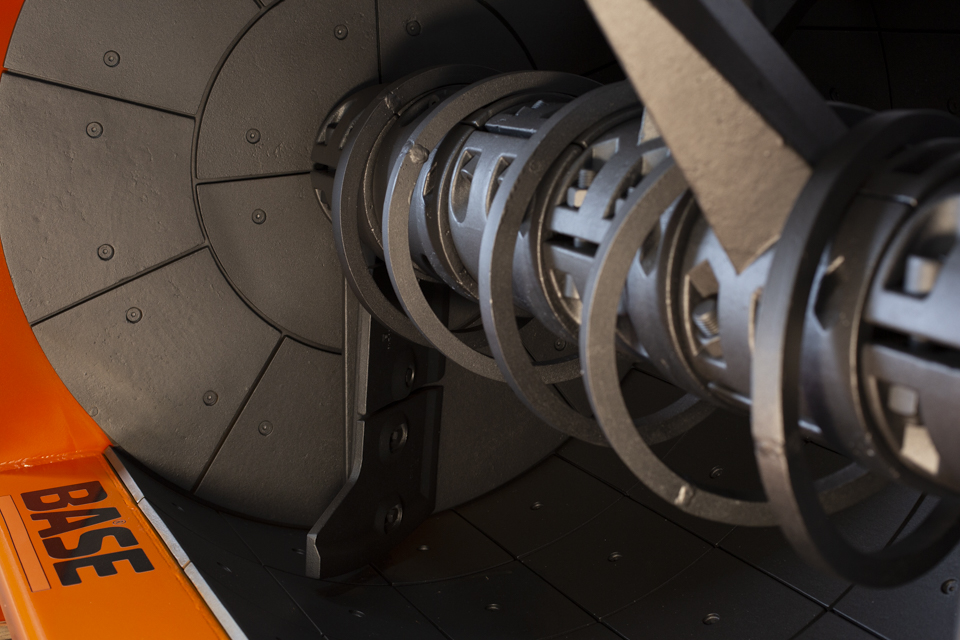 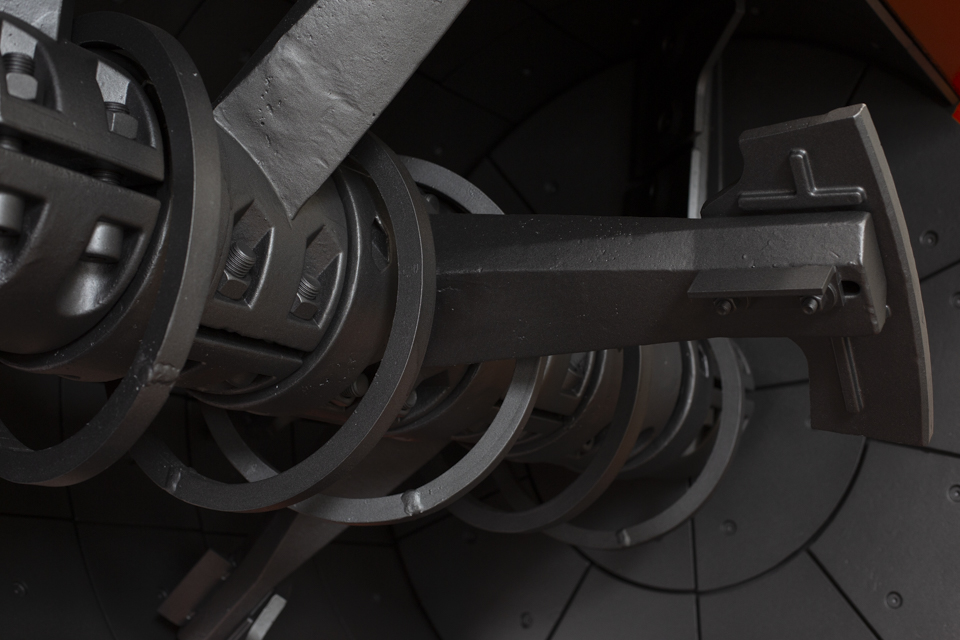 The two counter-rotating mixing shafts, synchronized with each other and joined to the arms and blades, generate intense turbulence in the overlapping area, disgregating and finely distributing the cement in the aggregates. The inclination of the arms and blades creates a horizontal ring movement with perfect homogenization of all components. 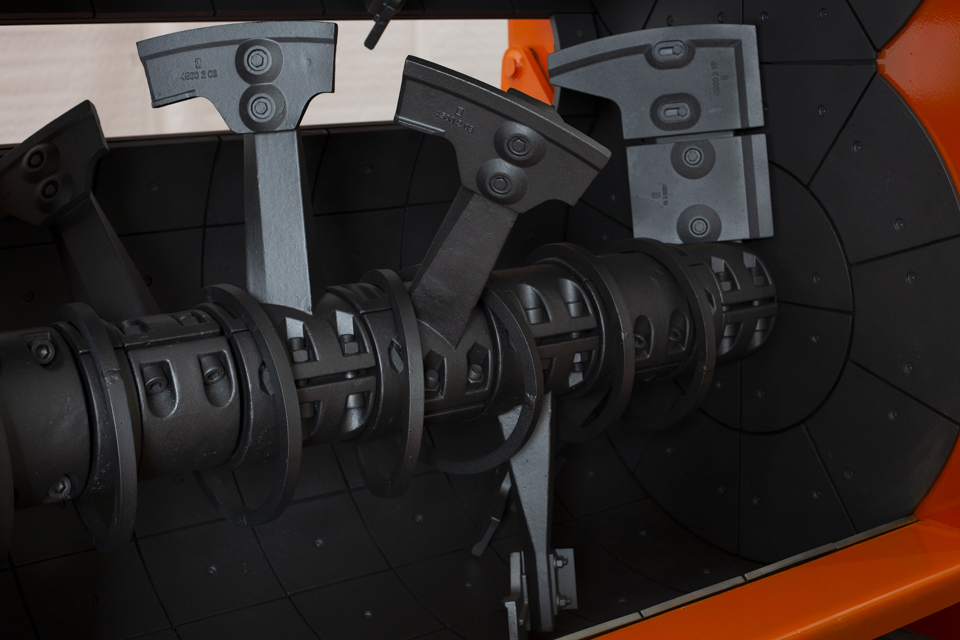 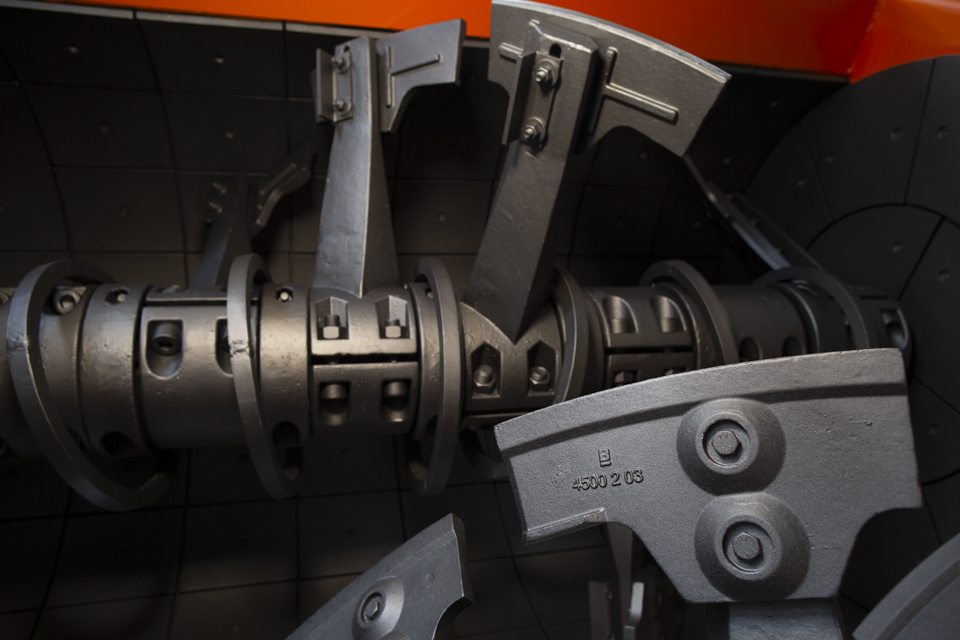 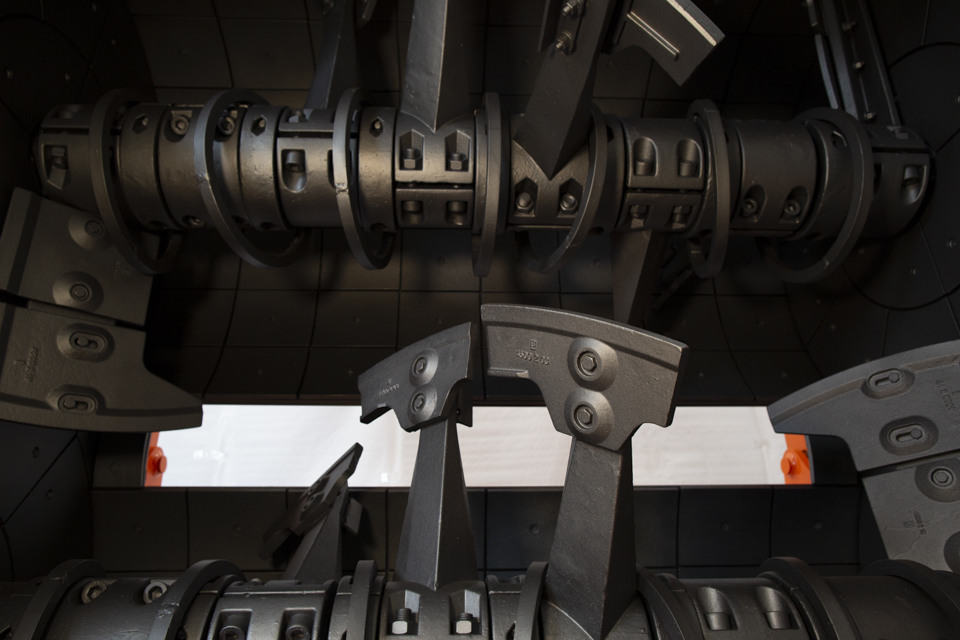 The double-shaft mixers offer the possibility of installing, upon request, a discharge door with double hydraulic positioning that guarantees opening to the right and left to send the concrete to two different destinations without having to use diverters or divider belts. Discharge door along the entire length of the tank. Great speed at discharge without stratification by rolling of materials. 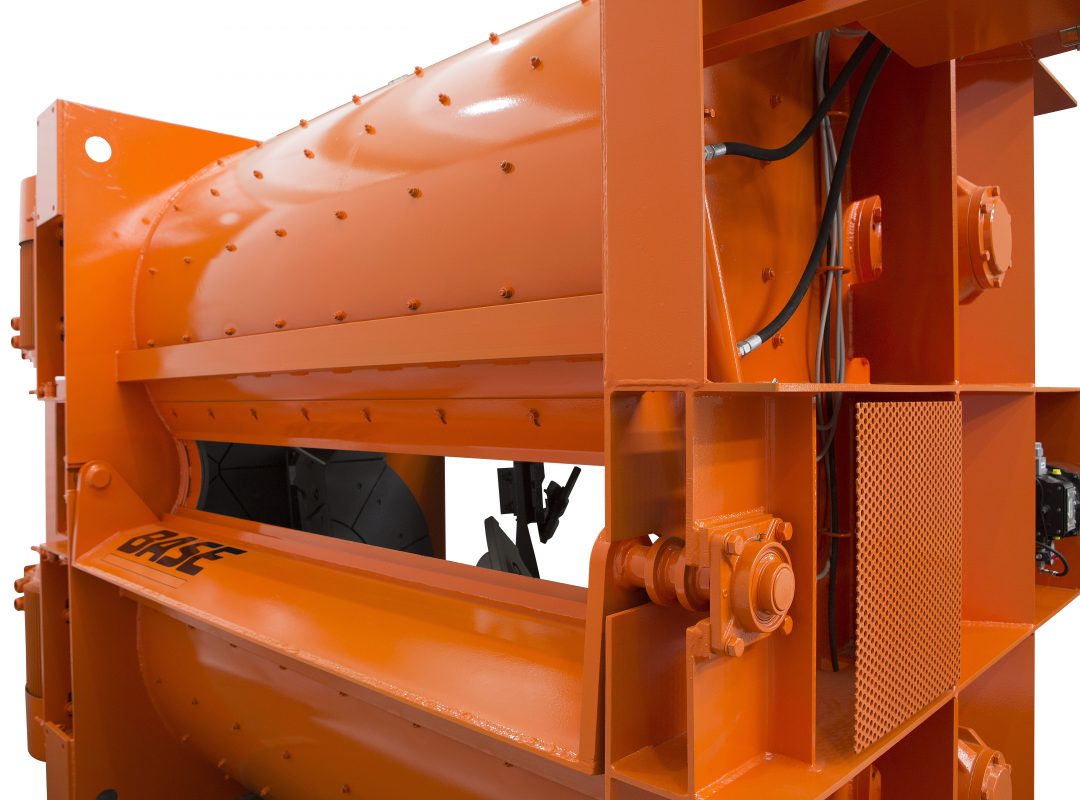 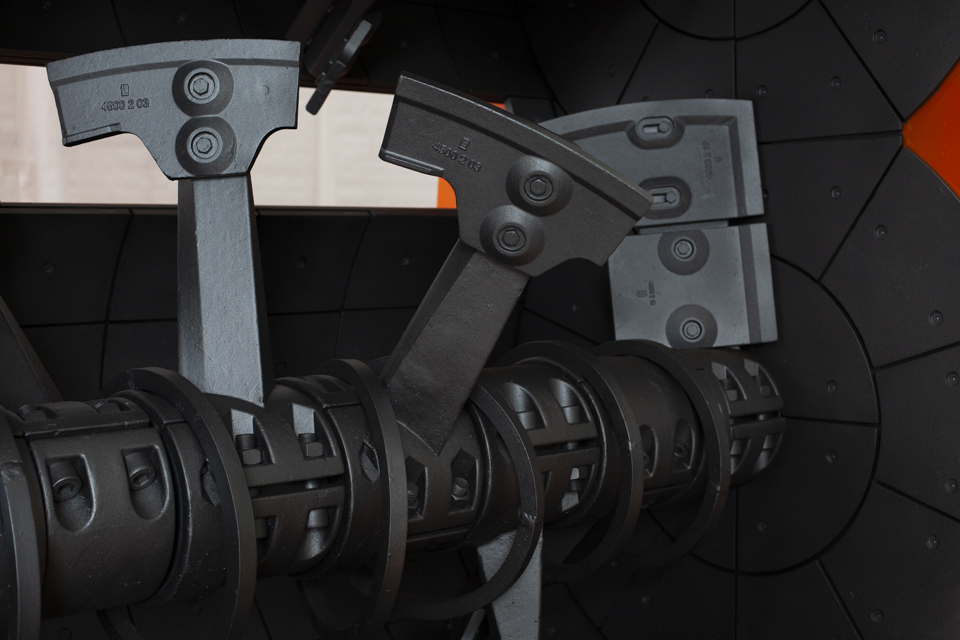 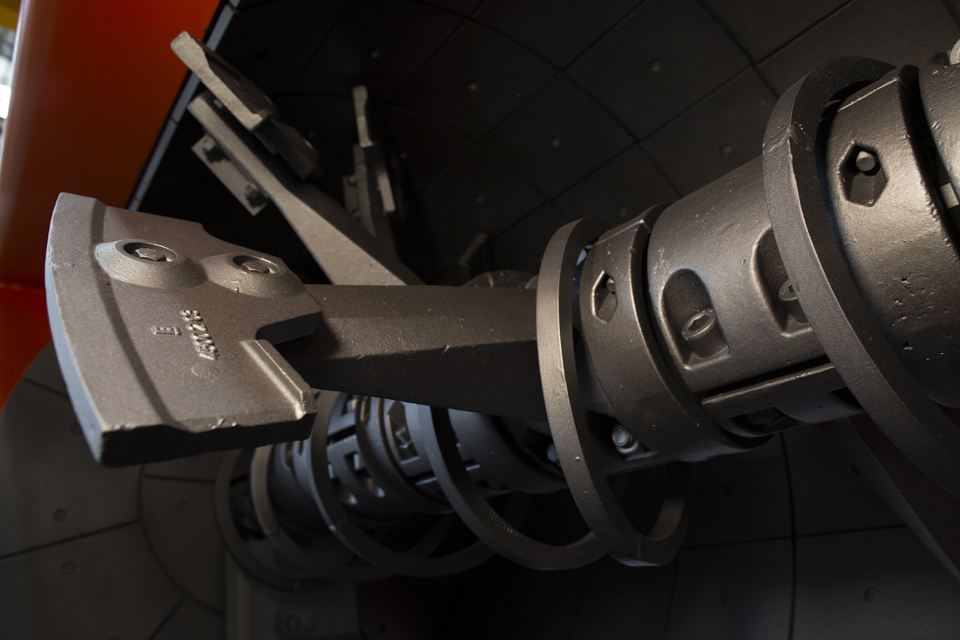 Arms made of cast iron with high mechanical resistance. 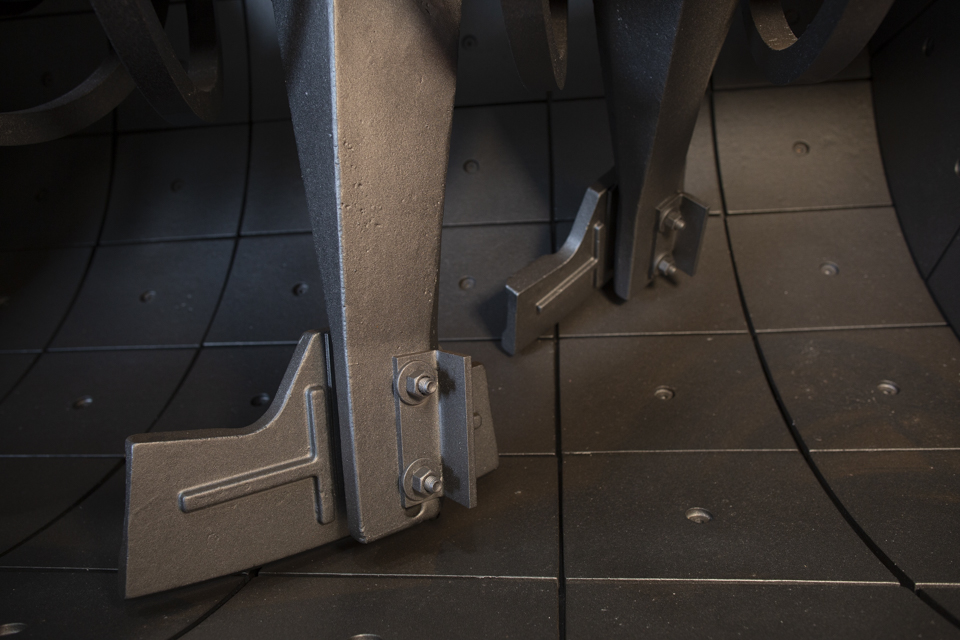 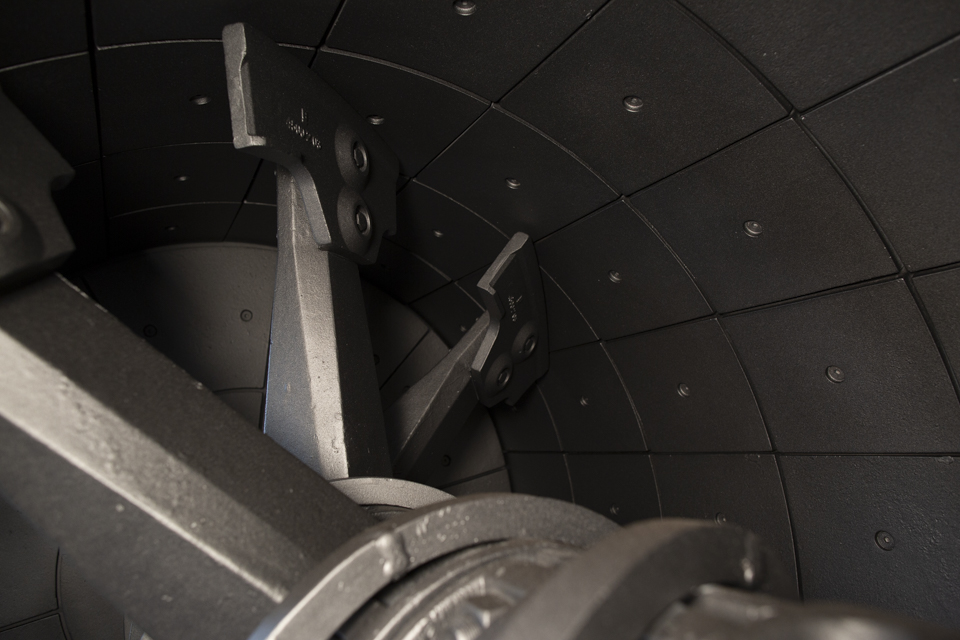 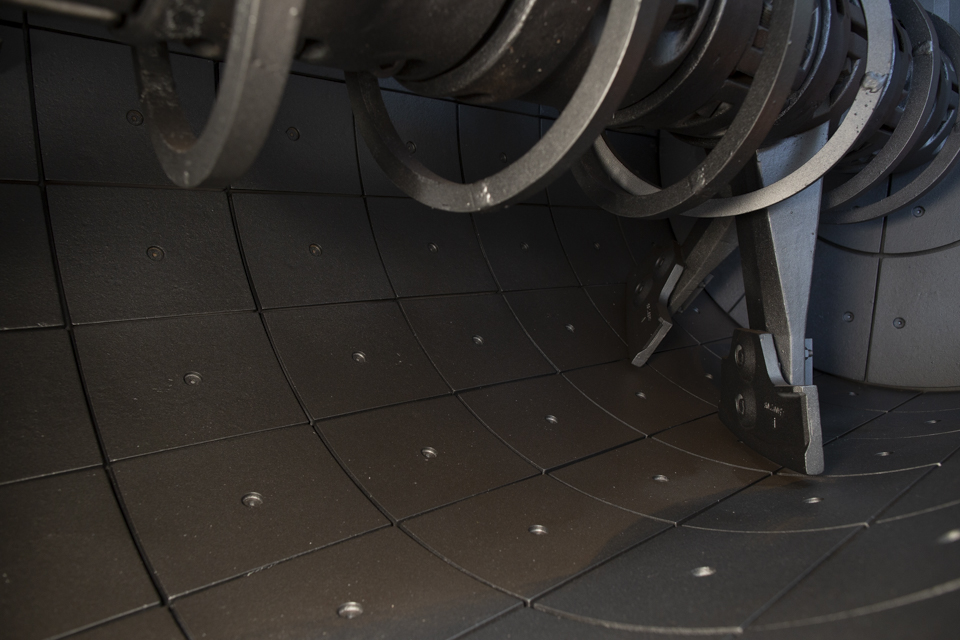 Twin-shaft BASE® mixers MB series are used in concrete production plants to produce certified products with high performance mainly intended for prefabrication, civil and industrial construction. In some cases they can also be used for the production of lightweight concrete (expanded clay, polystyrene, expanded concrete). Twin-shaft mixers avoid the segregation that is generated in vertical axis mixers due to the centrifugal effect caused by the different volumes of aggregates and the floating of light materials. Possibility of using large-sized aggregates, both round and crushed. 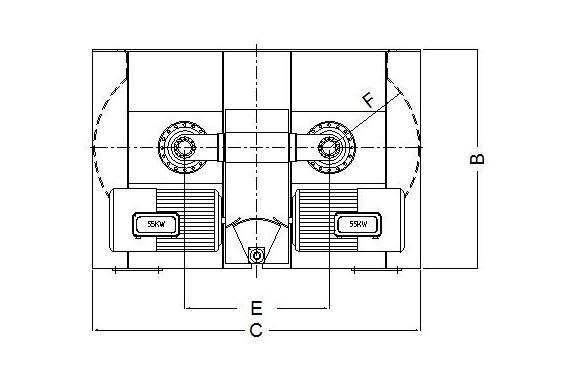 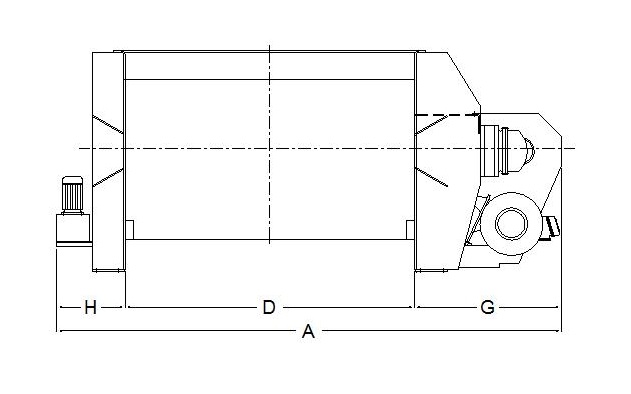